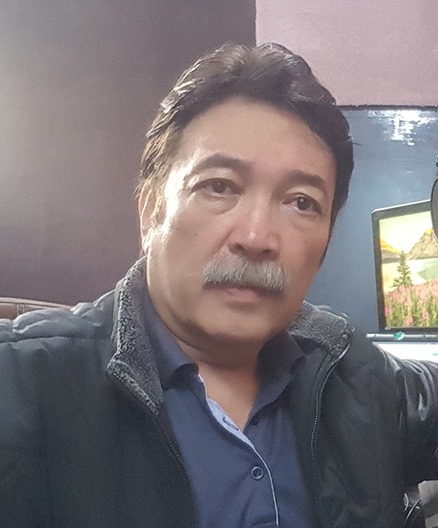 The ten Hazara coalminers slaughtered in Mach last week were buried on Saturday after a six-day long protest but the controversies raised at the local and national level still looms large.

At the inception of the New Year, on the midnight between 2nd and 3rd January 2021, ten laborers belonging to the most persecuted Hazara community were brutally slaughtered in Gashtari area of Mach, Balochistan.

The Mach incident shook the whole country as it was first of its kind in Pakistan in which the victims were killed by slitting their throats. According to the initial information received, around 20 to 25 masked men entered the camp of the laborers at around 11 pm local time where they were in the midst of deep sleep after a long day of hard work. The masked men, identified and separated Hazara laborers from the rest, tied their hands at their back, took them to the nearby mountains, sprayed them with bullets and killing them. But later it was confirmed the masked men stormed their camp, first confirmed their identity, then tied their hands, legs, blind folded them, and killed them by slitting their throat with blunt knives.

After the details were made public by the media, people came out on the streets with grief and anger, and protests were launched in Quetta and in different parts of the country. When the bodies of the deceased laborers were brought to Quetta, a large number of people and community elders gathered in a local Imam Bargah (mosque) to discuss how to deal with the horrific incident.

The controversy among the delegates surfaced with some pressing to continue protest only after burial, while others decided to sit-in protest on adjacent Western bypass (highway) with dead bodies blocking the road to the airport.

The organizers of the sit-in protest were from Shia political party known as Majlis Wahdat-e-Muslimeen (MWM). They put forward eight demands and conditioned the burial of dead bodies and end to their sit-in protest with the attendance of Prime Minister Imran Khan in person to concede their demands.

After the announcement of demands, the federal interior minister Sheikh Rasheed Ahmad arrived Quetta on 4th of January 2021 on behalf of Prime Minister Imran Khan. He admitted some of MWM demands and announced that Prime Minister would visit Quetta to meet with the bereaved families. But the organizers of the sit-in protest continued with their protest, refusing to bury the dead bodies until Prime Minister Imran khan visited Quetta and reassures them in person.

After the negotiations failed, PM Imran Khan sent two Shia members of his cabinet, Federal Minister Ali Zaidi, special advisor Zulfi Bukhari, along with Deputy Speaker Qasim Soori representing Balochistan in Pakistan’s National Assembly.  They once again negotiated with organizers in presence of Chief Minister Balochistan Jam Kamal on 7th of January 2021. The negotiation failed, as the organizers of the sit-in protest continued their demands for the Prime Minister to visit them in person.

Before Prime Minister visited Quetta, the leadership of country’s opposition alliance, Pakistan Democratic Movement (PDM), Maryam Nawaz Sharif and Bilawal Bhutto Zardari, visited the sit-in protest camp. They addressed the gathering, paid tribute to those who were mercilessly butchered and criticized the government for its failure to protect the bereaved community.

On January 8, 2021, with the sit-in protest still ongoing in Quetta’s frigid sub-zero temperatures, PM Imran Khan made a highly controversial remark addressing the protesters, “you cannot blackmail the prime minister of a country like this. You bury the dead bodies today, I will be right there with you.” The statement of the Prime Minister sparked another controversy, raising many objections on national media, as well as social media. During this period, on 8th of January 2021, an Iranian religious scholar Ayatollah Makarem Shirazi’s religious decree emerged on Shia religious site, and on Pakistani mainstream media, as well as Iran’s official IRNA news condemning the killings and declaring it an atrocity perpetrated by Takfiri groups, and urging victims’ heirs to bury the dead bodies. After the religious decree issued by the Ayatullah, the organizer of the sit-in protest ended their protest and on the 9th of January, the victims’ bodies were laid to rest in Hazara town graveyard.

After the burial ceremony ended, the PM Imran Khan visited Quetta amid tight security meeting the bereaved families and community elders in Sardar Bahadur Khan women university situated near Hazara Town. The PM thanked the bereaved families for the burial of the dead bodies, offered his condolences. He said he previously visited Hazara community when he was not a Prime Minister but that victims families should understand things are different for a prime minister. PM Imran Khan clarified his position on the word “blackmailing,” explaining he used the word for the opposition alliance, Pakistan Democratic Movement (PDM).

The victims of heart wrenching Mach incident were laid to rest. PM Imran Khan visited Quetta and met the organizers of the sit-in.  He promised to bring the perpetrators to justice. But does this story end here?  Are these things happening for the first time? Can someone guarantee that no such incident will happen in the future? Perhaps neither the Hazara community nor the government and the law enforcement agencies have answers to these questions.

The Genocide of Hazaras commenced in 1999 during Nawaz Sharif’s reign. Many political parties have ruled the country since then. During the last two decades, Pakistan Muslim League (PML-N), Pervez Musharraf, Pakistan Peoples Party (PPP), Pakistan Tehreek Insaaf (PTI) and numerous other political parties ruled the country but Hazara Genocide continued unabated. None of these governments did more than paying lip services and making false promises to bring an end to Hazara genocide.  Amid all these chaos, people have come to realization: when a political party is on opposition benches, they have a different position on the Genocide of Hazaras but when they are on government benches, their behavior changes entirely. When they are in government, they just disseminate government’s perspective. This example fits all the political parties on national level; however, local political parties including Hazara Democratic Party and Majlis Wahdat-e-Muslimeen are no different.

In the last twenty-two years, whenever members of Hazara community were targeted by terrorists, people instead of having a united stance on the killings, were divided into different groups, who would appear on the scene with their list of demands. There is a common perception among the public that the perpetrators carry out the killings and flee the scene with no fear whatsoever but instead of getting united and demanding to bring the perpetrators to justice, people gets involved in internecine wars, which help no one but the perpetrators.

It has been observed that all the active political parties, both on national and local level, do not consider Hazara Genocide a human tragedy, but rather a means to get to their ends. Therefore, they react to the situation according to their statures. Pakistan People’s Party, Muslim League, Tahreek Insaf, Majlis-e Wahdat-e Muslimeen and Hazara Democratic Party are some of the examples.

It will not be wrong to call Hazara Democratic Party (HDP) a nascent political party because it was formed approximately some eighteen years ago. HDP was formed when Hazara genocide was on its peak. The party Chairman Hussain Ali Yousufi was assassinated on June 26, 2009 in one such incident. During the last two decades, HDP has been an effective voice of the oppressed community which earned them huge respect among the masses. Perhaps this made the party win two seats in the provincial legislature in 2018 general elections.  Seemingly, after becoming part of the government, HDP has entirely abandoned their conventional role. Instead of representing the will of the people, the party is busy defending government’s position on Hazara killings. During the recent Mach incident, HDP has failed to play its due role. At a tragic time like this, party instead of being in the ranks of its people, it was rather seen uttering government’s apologetic position.  The lackluster role played by HDP provided MWM free hands to do what they wanted. They refused to accept pleas made by the Prime Minister and the Provincial Chief Minister to bury the dead bodies and end their protest but instead they acted upon the decree issued by an Iranian religious leader, Ayatullah Makarem Shirazi. This might seem of little significance at the moment, but it will re-enforce the belief that the Hazara killings in Pakistan is the repercussion of Saudi-Iran proxy war. 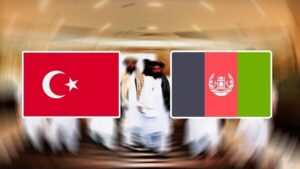 After more than 40 years of war in Afghanistan, there is hope in some quarters that the longest war for the country 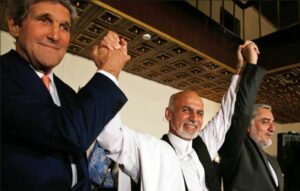 After almost 20 tough years, the United States has realized it needs to rethink the political structure in Afghanistan or the state