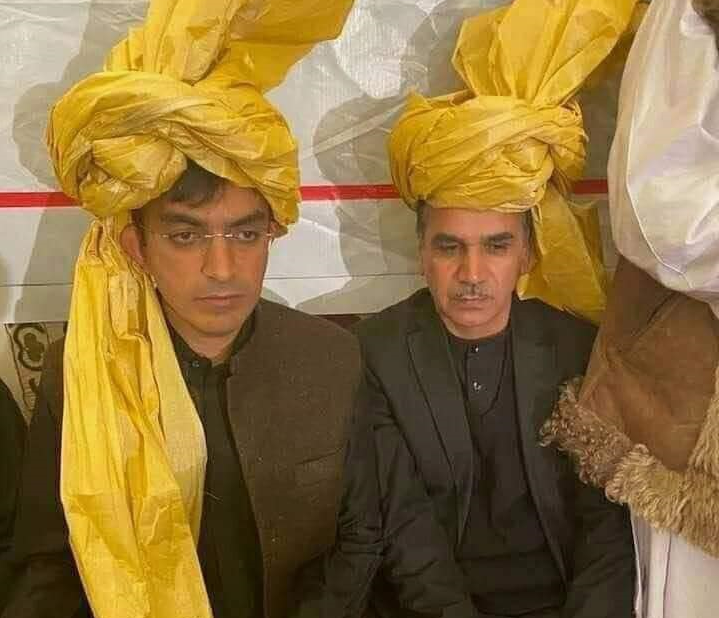 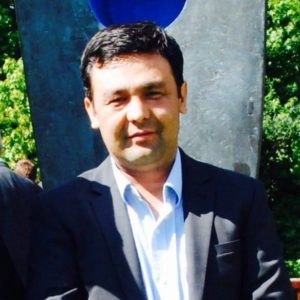 The emergence of the Pashtun Tahafuz Movement (PTM), as an organized voice of educated and progressive Pakistani Pashtuns, was like a fresh breeze in the suffocating environment of Pakistani Politics back in 2018. PTM has been successful to disseminate awareness on the plight of the Pashtun community suffering from the scourge of war in Tribal Areas of Pakistan, which have historically been an epicenter of Jihad and terrorism both during the cold war and after the 9/11. The perpetual militancy coupled with military operation by Pakistan against the Taliban and other Jihadist networks have destroyed the social fabric of Pashtun society in tribal areas of Pakistan. Hundreds of lives were lost in the fight against the communist regime in Afghanistan; the bulk of the population was killed and tortured by the Taliban in implementing their Sharia; and thousands of people were displaced in the wake of military operations against the Taliban. The sufferings encountered by progressive-minded, anti-war Pashtun youth who bore the brunt of this conflict caused them to rise to prominence in the political scene. They had massive support of the people to challenge the perpetrators for their sufferings.  The bereaved Pakistanis constituting all ethnic and religious minorities, who have lost their loved ones at the hands of Taliban and their allies in the last two decades, saw an opportunity to bring an end to their sufferings, supported PTM’s narrative as a game-changer and an end to Jihadist policy in Pakistan.

PTM’s popularity increased many folds in the wake of Naqib Mehsood’s demise who was killed in an extrajudicial killing, in 2018 in Malir Karachi. This popularity was evident in the Long March launched by PTM throughout Pakistan in 2018. Their demands which included prosecuting Rao Anwar(former Malir Superintendent of Police), the formation of Truth and Reconciliation Commission on Extra-Judicial killings, producing and presenting Missing Persons before the court and removal of land mines from Tribal Areas were all humanitarian and thus appealed to all progressive-minded individuals and movements. The support given to the movement by the Pakistani civil society was unprecedented. In April 2018, Lahore Left Front (LLF) organized a massive gathering in support of PTM where the latter’s leadership addressed the gathering. Similarly, the support given to PTM by non-Pashtun communities in their rallies in Karachi, Islamabad, and Quetta were evidences of the fact that Pakistan’s Jihadist policy has not only affected the Pashtun community but it had also played havoc with the lives of the non-Pashtuns as well, though the scale of the atrocities was much larger in Pashtun populated tribal areas.

The authorities failed to address the movement’s genuine demands which added to its grievances. Expectedly, the authorities pursued with their conventional policy of suppressing decent voices demanding justice by crushing them and declaring them anti-Islam and anti-state. Previously, the state had pursued the same policy with Baloch and Sindhi nationalists. In April 2019, in his press briefing against PTM, the DG-ISPR declared PTM as an agent working for NDS and RAW. He raised questions on the sources of the funding they had secured on multiple occasions. Eventually, sedition charges were registered against them which consequently led to the arrest of their top leadership. Media was banned to air PTM’s narratives making it difficult to ascertain the charges levied against them.

I have always supported PTM with some reservations about their key slogan, Lar-aw-bar.  The slogan is associated with Pashtun nationalist leaders on both sides of the border, who have been refusing to accept Durand Line as a permanent border between Afghanistan and Pakistan.  The slogan dates back to the days of President Dawood of Afghanistan, who was instrumental behind the Independent Pashtunistan movement.  PTM became another Pashtun movement raising the contentious slogan. The slogan is equally controversial for Tajiks, Hazaras, and Uzbeks who consider Pashtun aristocracy as a dominant factor for their sufferings and the plight of their country.  PTM members and supporters were seen to engage in discussions interpreting it as a cultural tie between the Pashtuns on both sides of the Durand line. Despite knowing the controversy between Ashraf Ghani Ahmadzai and Abdullah Abdullah on the results of the recent presidential election, PTM accepted the invitation by fascist Afghan leader Ashraf Ghani Ahmadzai to attend his inauguration ceremony and chanting the slogan of Lar-aw-bar in Kabul indicates that this is something beyond cultural relation.

The speech delivered by the slain leader of the movement, Arif Wazir in Kabul unties the knots and ends the ambiguity on PTM’s position on Lar-aw-bar. The video of his speech went viral on social media after his assassination. In this video, he is shown to address a group of activists in Pashto where a poster on the stage can be seen with photographs of Manzur Pashteen, the leader of PTM with fellow leaders, Mohsin Dawar and Ali Wazir, who are the Members of Pakistani legislature. In his address, he calls upon the Punjabis of Pakistan to recognize the Afghan rulers Ahmed Shah Baba and King Amanullah Khan as reverend personalities. Or he would not commend Allama Iqbal and Mr. Jinnah, who are the founding fathers of Pakistan. In his speech, he glorifies Mullah Mohammad Omar, the leader of the Afghan Taliban, and declares him a good person as he was an Afghan. He further dignifies Ashraf Ghani Ahmadzai by declaring him Baba or a father figure and elder and calls upon Tajiks, Hazaras and Uzbeks to accept him as the legitimate president of the country, otherwise, the army from Swat, Bajor, Dawars and Mehsud would descend on them make them do so.

After Arif Wazir’s speech, it is easy to conclude that the movement has shifted its position from a Pashtun Civil Rights Movement aiming to bring an end to the sufferings of the Pashtun community living in Tribal Areas of Pakistan, to a movement working to establish Greater Afghanistan or Pushtunistan. They claim to be a nonviolent movement that stands for democratic values and human rights for all Pakistanis. On the contrary, the movement is committed to reinforcing Pashtun dominance in Afghanistan by suppressing the oppressed communities there. They also dignify the leader of the Afghan Taliban, a man loathed by the majority of people in Afghanistan. It was the same Taliban they once denounced for fighting Jihad under the patronage of the establishment. It is the same Mullah Omar who was responsible for sending Pashtun youth to burn in so-called Jihad and turned their homes into safe sanctuaries for all global Jihadists. Mullah Mohammad Omar is also responsible for the killings of thousands of innocent civilians belonging to Hazara, Uzbeks, Tajik and other communities. While I’m writing this article, the Afghan Taliban has launched a conquest on the districts inhabited by Hazaras, Tajiks, and Uzbeks, in northern Afghanistan and are committing gross human rights violations. How can progressive Pashtun Youth justify the attack on children’s hospitals targeting women and newborn babies in the Hazara populated area of Kabul? The dilemma with PTM is that they ignore the fact that a threat to justice anywhere is a threat to justice everywhere. They condemn the role of Punjabis in exploiting other oppressed nationalities in Pakistan but they stand for subjugating oppressed nationalities in Afghanistan by the Pashtun army from Pakistan. Arif Wazir’s cohorts and associates need to understand that gone are the days when the Pashtun army was lured to subjugate others in Afghanistan by despotic Pashtun monarchs. PTM needs to realize that the oppressed nationalities in Afghanistan will no longer accept undemocratic hegemony of a single tribe. PTM should also realize that if this vicious cycle of conflicts perpetuates, it will engulf the lives of another generation and will enhance the miseries of all the nationalities including Pashtuns. If this narrow-minded thinking prevails, it not only leaves the Pashtuns of Pakistan in the mire that they are in, but would most likely exacerbate it.